We are Greenwood Campbell
13 December 2019 by Adam Greenwood

As CEO of a leading digital agency, I get the opportunity to research the latest technologies, trends, gadgets and fads. From AI to autonomous vehicles, robots to folding smartphones there is so much going on in the world.

If you are a busy marketer or someone that is interested or involved in tech, then this article looks at the top tech trends that we should all be aware of in the next 12 months.

We all know that marketing is about creating customer engagement. Why should they care about your brand, your products, your services? The answer is by creating empathy.

“People don’t buy WHAT you do; they buy WHY you do it.” Simon Sinek

To paraphrase Simon Sinek, it all starts with why. The great companies in the world don't lead with what they do or how they do it, they lead with why they do what they do.

Apple don't talk about processors and hard drives, they talk about "thinking different". Nike don't lead with the pressure in their sneaker's air bags, they simply say "Just do it".

These brands have almost cult-like followings, people queue throughout the night to get their hands on the latest products - it is because they care and empathise with the brand's "why". 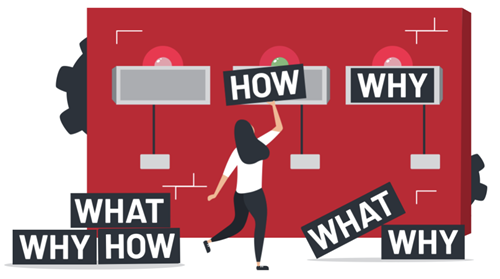 A great example of a brand embracing this ethos is Persil. Persil, like every other washing powder used to lead with their "what", followed by their "how" - "We can give you the whitest whites using this bla bla tech".

Then in 2008 they shifted their focus completely and started to talk about the importance of children playing outside, how it is good for their physical and mental health, fitness and communication and critical thinking skills. Then when the child returns home wearing dirty clothes, Persil can take care of it. This is such an incredible shift in message, after all what parent wouldn't want their child to be happier and healthier?

In 2017, I spent some time in Silicon Valley to find out what future tech was around the corner. I went to lectures on machine learning at Stanford University, heard about autonomous vehicle at Ford and learned about everything from automated factories to drones. One of the constant messages I heard was that websites are on their way out. I came back to my agency and stood in front of 40+ people who's careers were intertwined with websites and told them - "Websites are dead"... 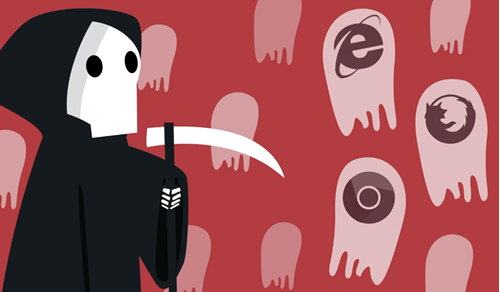 ...this didn't go down super well! Some of the team were not happy, but the best people, the ones who were keen to learn and understand the future and be a part of it, well they embraced the message with open arms.

A great example of why web is on its way out is the convergence of web design. If you look at most brands and organisations, they do everything they can to differentiate themselves from their competition; they start with "why" (Well the good ones do), they try to make purchasing experiences unique, but, if you look at most websites, they are all starting to look the same.

If brands really want to stand out, they need to look to other ways of engaging with their customers. Websites just aren't cutting it.

I looked at a few industries to test my hypothesis, fast fashion, e-commerce and airlines and my suspicions were confirmed... 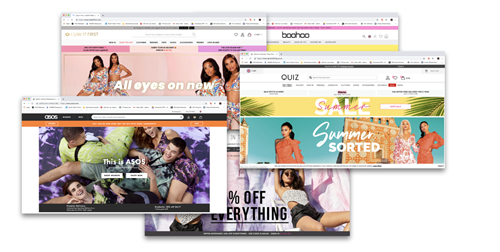 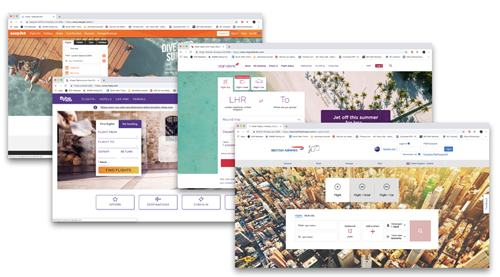 So, if websites are starting to have less impact, what will be replacing / augmenting them?

I have been a huge advocate of voice since Alexa was first released, but even I will admit that the voice revolution has not arrived quite as quickly as I first thought. Device sales are constantly increasing and general usage is going up. You only have to look at people out and about to see how much voice is being used. Whatsapp voice notes are becoming more prevalent and our watches and smart devices are loaded with Siri, Alexa and Google Assistant. 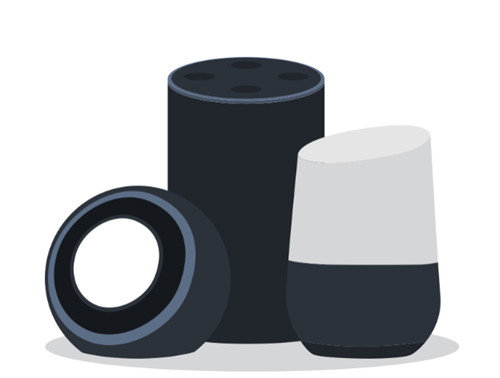 There are two key elements to be aware of with voice, voice search and voice apps.

Brands need to take note of voice search, because that is the way that people will find products and services in the future. We can type 40 words per minute but we can speak 140 words per minute. So, when we search via voice we are much more likely to be verbose with our searches.

A text search for football boots could be simply "football boots" whereas a voice search could be "What football boots does Lionel Messi wear when he is training?". As a result brands need to optimise their content for this type of search.

Voice apps (Skills for Alexa, Actions for Google Assistant) are like smartphone apps. They can be created by third parties and published on the platforms. Creating these are the best way to create real engagement with users via voice. Having a voice app will also increase your chances of being discovered implicitly.

At the moment discoverability of third party apps is an issue; if you create a voice app, how can you be found? There are app directories and emails distributed by Amazon and Google but it is not enough. The holy grail is for a user to search for something like "I have a sore throat" and Google Assistant replies "You should speak to Strepsils". This is only possible if you have developed and published a voice app.

The voice revolution IS coming, get on board now to get ahead of your competition.

The art of conversation is dead?

No, it is just evolving. We are de-constructing the conversation and making it work in our new super busy always-connected lives. We send Facebook Messenger messages and Whatsapp voicenotes and slip into each others DMs. Conversations are being augmented by AI, our emails and messenger apps don't just autocorrect typos anymore, they auto suggest entire sentences.

With this much reliance on conversation, brands and organisations need to facilitate communication with them using messaging, This could be with a conversational website or app interface or with livechat and chatbots. As people are much more likely to engage with a brand if they can find information instantly, creating conversational search on your website or app is the very minimum that you should be doing. 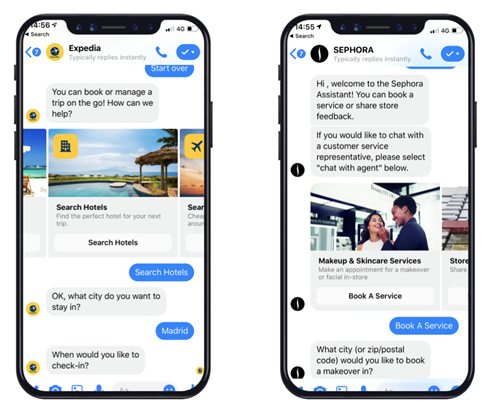 Sephora and Expedia both have impressive Facebook Messenger chatbots

This is not new but it is gathering some steam. In a post-website world, where people spend more time in social and messaging apps than on websites, brands shouldn't overlook the opportunity to sell via social media.

Instagram alone has 2 million monthly advertisers and it made between $8BN and $9BN last year in ad revenue (As an aside, not a bad acquisition by Facebook in 2012 - $1BN).

We are seeing selling direct in posts and stories and just this week AR selling in stories. 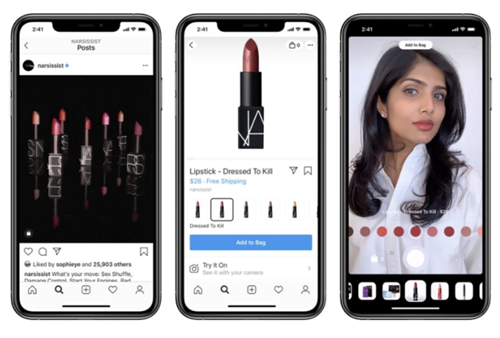 Augmented reality has been around for a while but with the release of the Apple ARKit, developers across the world have the ability to develop their own AR experiences. 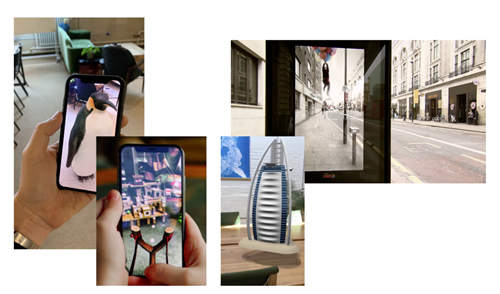 From games to 360 product views to fully interactive experiences, there are many ways that brands can use this technology to engage with users.

ASOS released an AR experience earlier in 2019 that allowed shoppers to see models wearing specific outfits in their own living rooms. Some critics said that this was gimmicky but the more examples of this tech that become available and the more developers that are creating these experiences, the more applications and use cases will emerge.

There are even toolkits available like torch which allows non technical people to create augmented reality experiences.

The next stage for AR will be a new version of Google Glass. Glass was released in 2014 and was widely derided for it's design and its functionality. It has been adopted since by enterprise organisations who have reduced the functionality for specific tasks like engineers needing schematics.

There are currently dozens of AR glasses available and Google recently applied for a patent for AR contact lenses. The prevalence of social media stories mean that now, compared to 2014 people are more used to filming and being filmed. I believe that as and when Google, Facebook, Apple or Amazon release a pair their will be an incredible uptake.

Just some of the AR glasses available today.

Deepfakes use artificial intelligence to recreate someones likeness and voice based on images and/or videos collected from the internet. 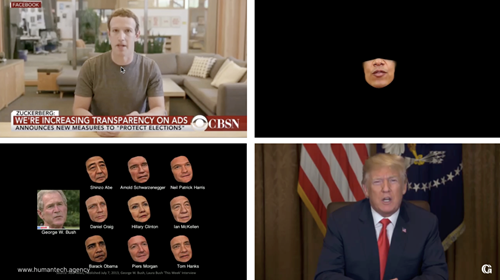 Fake news, however has become an incredibly powerful tool to manipulate people into acting the way the purveyor wants. Most recently in the Brexit and 2016 US Presidential campaigns. Even three years ago, the tech was not as advanced as it is now and organisations were relying on images like this to spread their messages: 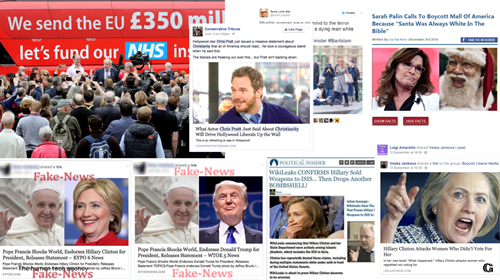 Fake news during the 2016 US Presidential campaign was at an all-time high, as you can see from the stats below: 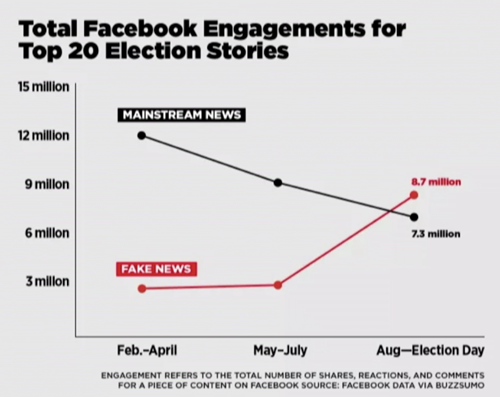 Fake news works because people want to view and share incendiary views which affirm their own beliefs. Outrage is certainly something that fuels people to act. In fact Facebook's designers and developers rely on this emotion as it keeps people on their sites... If the algorithm finds that you spend more time on Facebook and Instagram when you use the 😡 or 😭 emojis, then it will feed you more content that is likely to make you feel that way. So, it is in the best interest of Facebook and its advertisers to make you angry and upset!

But it is not only celebrities, CEOs and politicians that need to be wary of this tech, there are so many photographs of us online that just about anyone can be deepfaked. It has been estimated that the average internet user will post 25,000 selfies in their lifetime!

The reason that marketers should be aware of this tech is that there are potentially lots of fun ways it can be used to promote your product, although you must be careful - adding Tom Cruise to your marketing campaign without permission could be VERY costly! However putting your own people into famous situations could potentially be done.

The other reason that this tech is important to be aware of is that it means that people are going to be even more aware of the provenance of what they are watching, which will likely have a knock-on effect on everything they see online. Keep telling the truth people!

Say goodbye to the horses mouth